We are now 10 weeks into the New Year of 2017. What’s happened to the property market so far?
Malcolms can give a “snapshot” of the market in Cambourne and West Cambridgeshire, but Rightmove can give us a national overview.
Our local view is very similar to the last few months in 2016. Sales activity remains quite strong, but there are not enough properties coming to the market. Demand from tenants for good quality rental property is still very good, but again there is a lack of rental instructions. This will probably get worse as the government’s decision to “over” tax private landlords has meant that the number of “buy to let” investors actively buying has dropped to just a brave few “cash” buyers.

In January 2017, Rightmove reported 131m visits, which is a record for any January. This is very interesting as in January 2016, the market was very active with investors buying before the extra stamp duty came into effect in April. So, the 3% increase in visits year on year for January really means more than 3% market activity, as investors are largely now out of the market.
The Rightmove House Asking Price Index report for January makes for interesting reading. The price of property coming to the market in January shows an increase of just 2%, the smallest increase seen since February 2009. Demand is still strong, but perhaps it shows that market prices are levelling out. There is a slowing in price rises to just 2.3% since April 2016.
Miles Shipside, Rightmove director and housing market analyst comments: “While the prices of goods in shops are rising at a faster rate, the pace of price rises in property coming to the market is slowing. They’re still 2.3% higher than a year ago, but perhaps we’re approaching the territory where many buyers are unable or unwilling to pay what sellers are asking, given the negative combination of rises in the cost of living, tighter lending criteria, and a dose of Brexit uncertainty. The housing market has had a long sprint since April 2013 when the annual rate was last below this level, so it’s not surprising that upwards price pressure is running on tired legs with average prices today being 23% or nearly £60,000 higher than they were then. This surge in the cost of home-ownership highlights some of the issues referred to in the government’s recent White Paper on fixing the broken housing market.”
He further commented how important it is for motivated vendors to bring their property to the market at the right price. Rightmove analysis of over 100,000 newly listed properties shows that sellers are 40% more likely to sell with that agent if the property is priced right when they first come to the market. Its so important, therefore, that if you are thinking of selling to bring your home to the market at the correct figure. When we offer valuation advice we consider recent sales – the more the better as it gives more accurate information; we consider competition from current available stock – although some of this will be incorrectly priced; we consider the unique selling features of your property and the timescale in which you want to move.
The pie chart tells you 2 important facts about Malcolms. Firstly, we have been responsible for 50% of all the property sold in CB23 5 & 6 since October 2016: so we have more information about selling prices than any other agent. Secondly we offer accurate and professional advice. 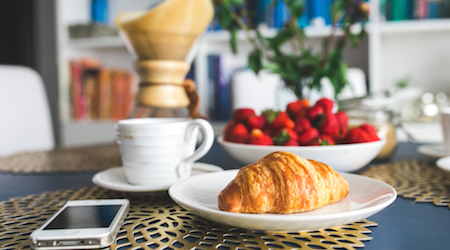